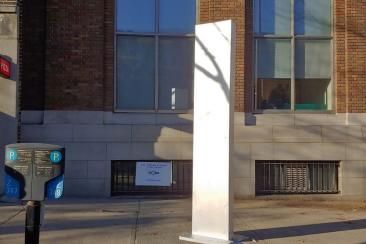 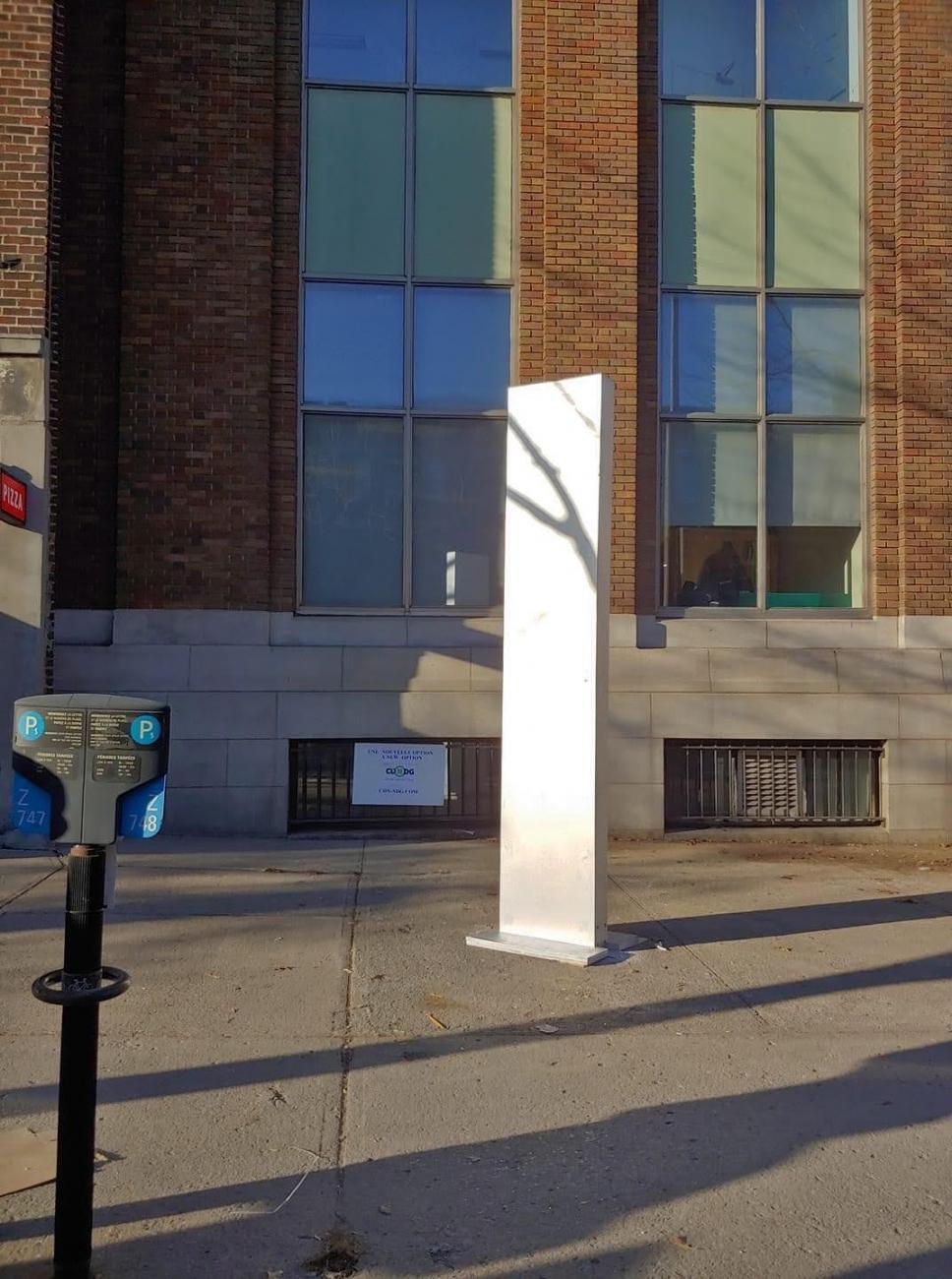 Mysterious structure appeared on the Notre-dame-de-grace sidewalk screwded into place.

The monolith popped up in front of a post office in Notre-Dame-de-Grâce, at the corner of Rue Sherbrooke Ouest and Avenue Wilson.

Alex Montagano, who posted pictures of the monolith to the Thrive NDG Facebook group, told MTL Blog he first spotted the structure on December 18 at 2 p.m.

"When the sun hit it, it glowed," said Montagano.

By the morning of December 19, the monolith was gone. In its place? Montreal's signature orange traffic cones.

"I guess the city doesn't like aliens. They seemed to have struggled with alien technology," wrote Montagano in a Facebook post. "That was fast. The city, the insufferable killjoys. I guess CDN-NDG is not allowed to have fun."