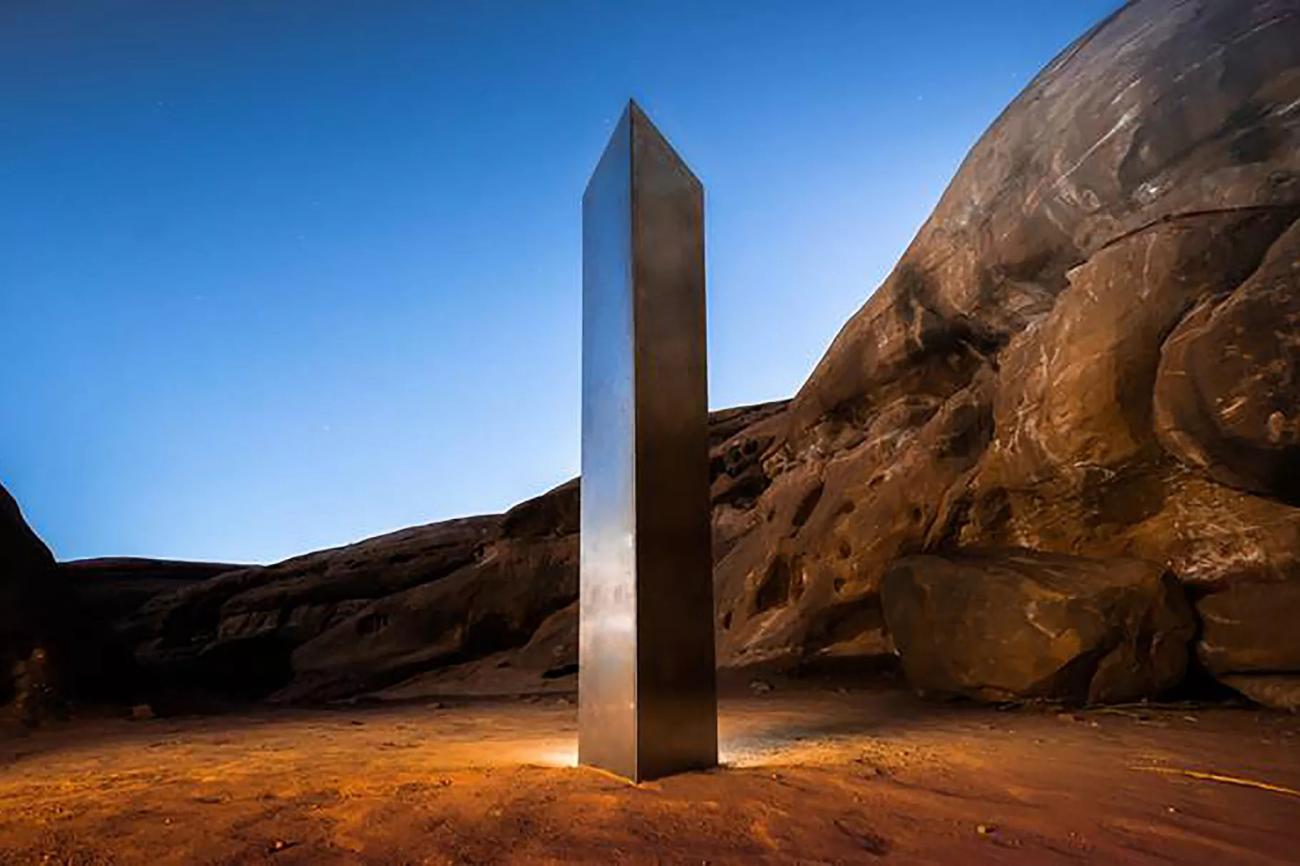 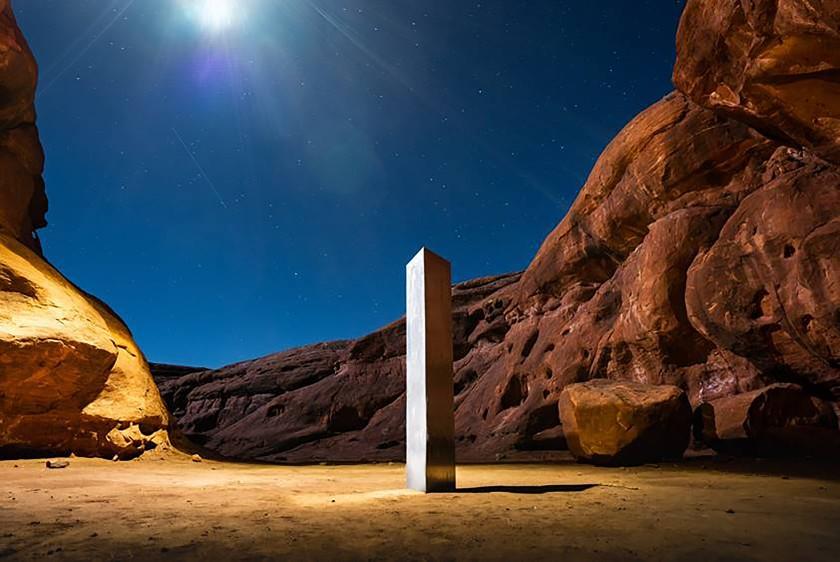 On November 18, 2020, state biologists of the Utah Division of Wildlife Resources were carrying out a survey of bighorn sheep from a helicopter when one of the biologists spotted the pillar.  According to satellite images, it was installed sometime after August 2015 and before October 2016.

After much speculation about the monolith, the art group The Most Famous Artist took credit for the Utah Monolith. Monolith photos posted by the group do not match the build quality nor the shape of the original monolith. It is widely thought that the group is simply capitalizing on the popularity of the story, and they did not in fact build the first monolith. The true artist is still unknown at this time.

Since, the BLM has ceased the monolith. They cite the issue of people removing anything from public lands, and in this case if the public owns the art.